STUDIO 2019
September 2019 ... Plaster wire and invisibilibility of oppression ... Just back from Armenia and such invisibility brought home by my learrning about the Armenian genicide pre the second world war and continued feeds on phone on the USA on taking children away from families.. 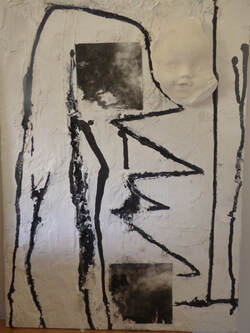 Invisibility of Oppression
Plaster ink polyfilla acrylic..
On board..
​3 images
​ 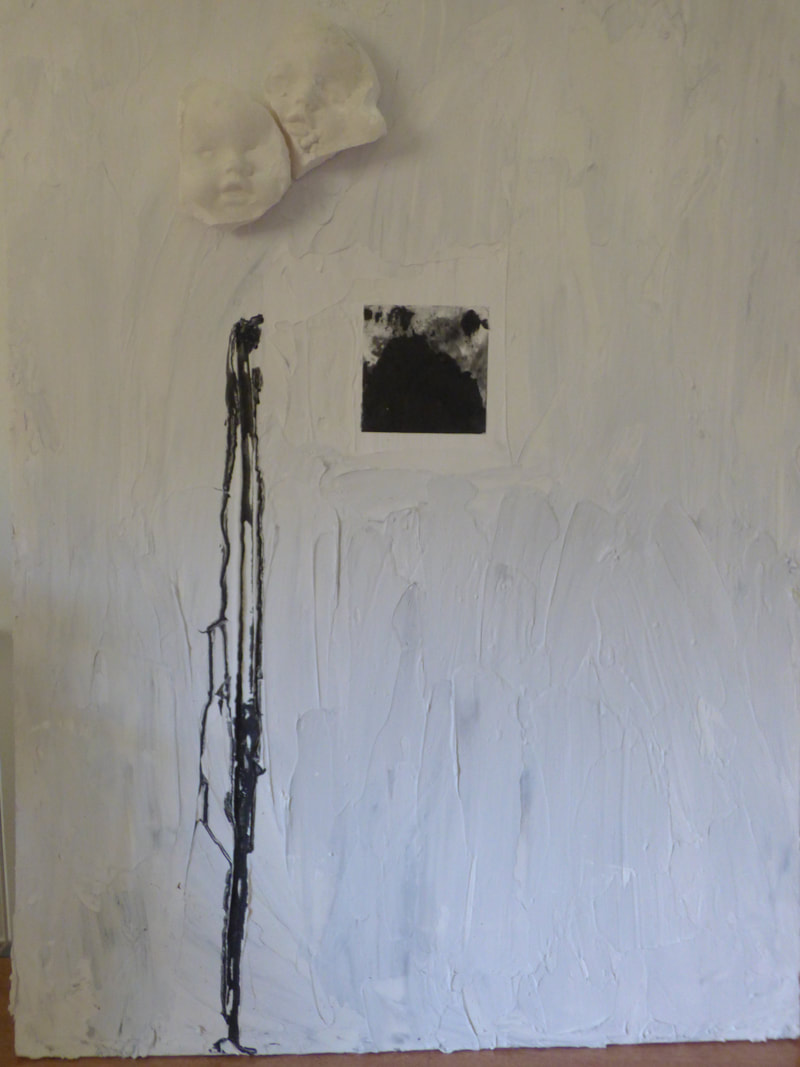 Plaster, wire ... small sculpture on similar theme... dolls? babies? ... either evokes loss something lost..
Revisiting this small sculpture  below and refining a little more. I think about being within institutions where touch not really allowed. The figures just about touch. In solitary confinement no touch is possible. March 2019.
​ 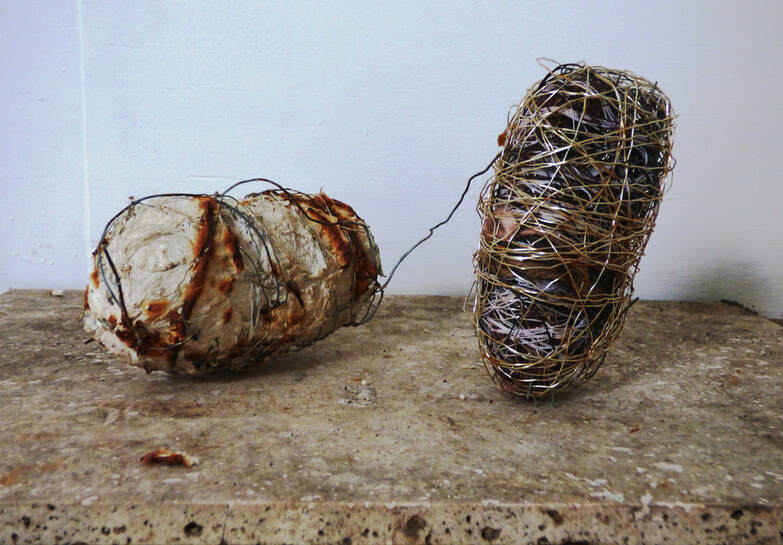 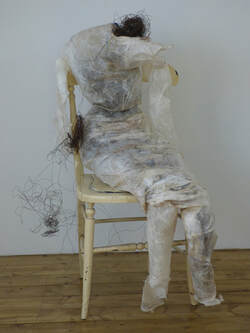 A figure I worked on and returned to.  I decided it had potential to represent the life within a an institution. The wire refers to the monkey attachment experiment when a baby monkey removed from its mother and clutches a wire monkey. Often it is  a touch, a cuddle etc that is is absent in such as prisons.